Members of RECC gathered for their 80th annual meeting of members on Thursday, June 8 at 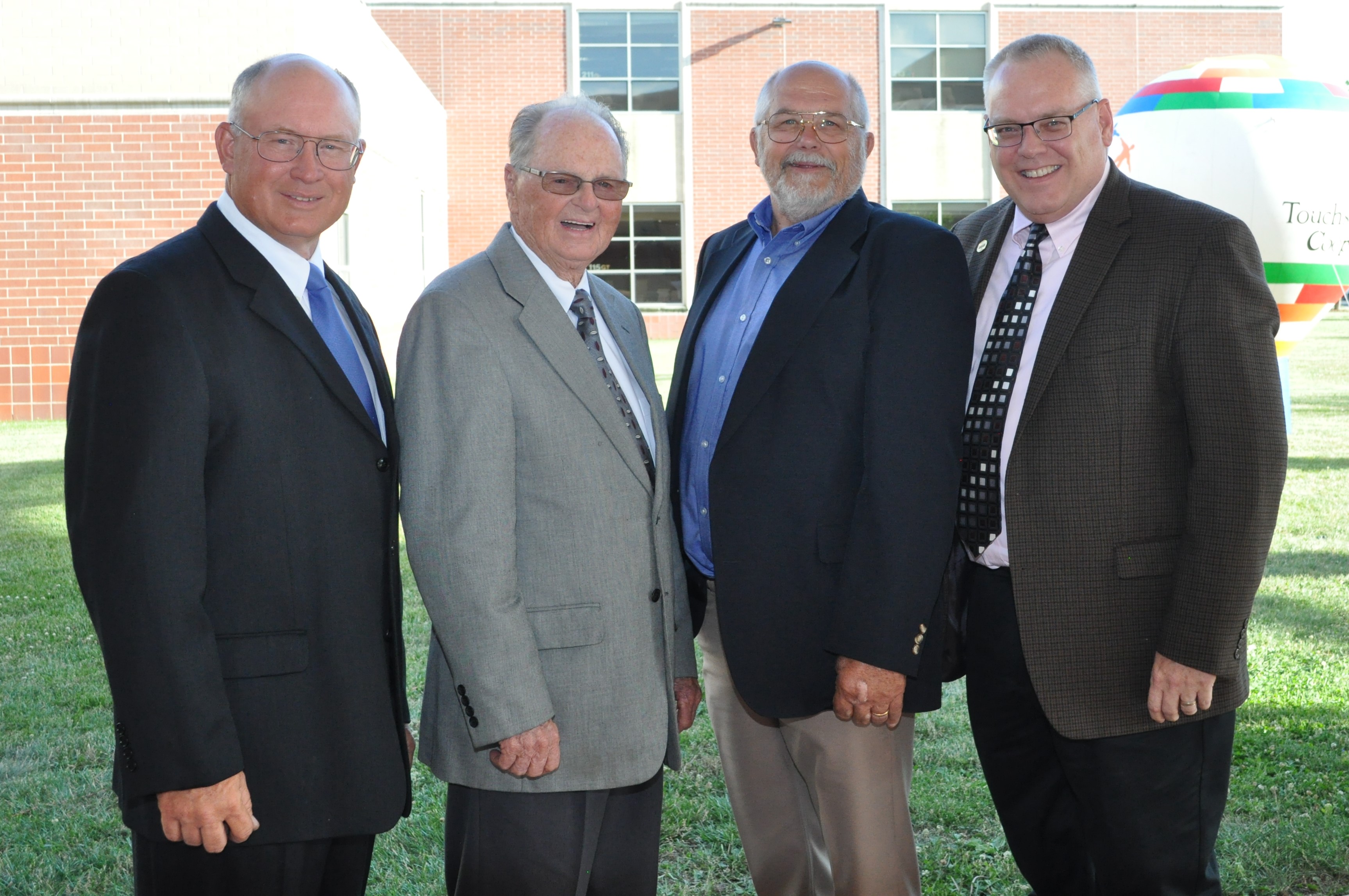 Chatham. Before the meeting, about 550 members and guests enjoyed a pork chop dinner, vendor displays, bucket truck rides and a variety of activities for kids.
Chris Wilcox, Vice Chairman of the Board, welcomed members and recognized the service anniversaries for several co-op employees and directors. He congratulated Lou DeLaby, manager of operations and maintenance, and Dana Smith, manager of member and public relations, on their planned retirements in the coming months.
Elections were held for three positions on the Board of Directors, with Thom Hart of Atwater (District 4), John Beatty of Waverly (District 5) and Mel Repscher of Taylorville (District 6) running unopposed for new three-year terms.
In the officers’ reports, Treasurer Lou Weitekamp said that revenue for 2016 totaled $15,118,580 resulting in net margins of $233,075 compared to margins in 2015 of $364,548.
RECC Chairman of the Board Mel Repscher and President/CEO David Stuva provided updates on co-op projects and accomplishments. Stuva reported that a member satisfaction survey in 2016 showed high results for RECC in prompt outage response, knowledgeable employees and reliable electric service. Ratings improved from a 2013 survey in satisfaction with rates and keeping costs down.
Stuva and Repscher noted that rates are expected to decrease in 2018, when a new power supply contract with NextEra Energy Power Marketing goes into effect. The 10-year plus 5-month contract satisfied the Board’s concerns with potential price volatility and capacity limitations in the Midwest markets, Repscher said. He noted the new contract will provide the Board options to retain higher margins and build higher equity for a stronger future, while reducing the current Power Cost Adjustment on members’ bills.