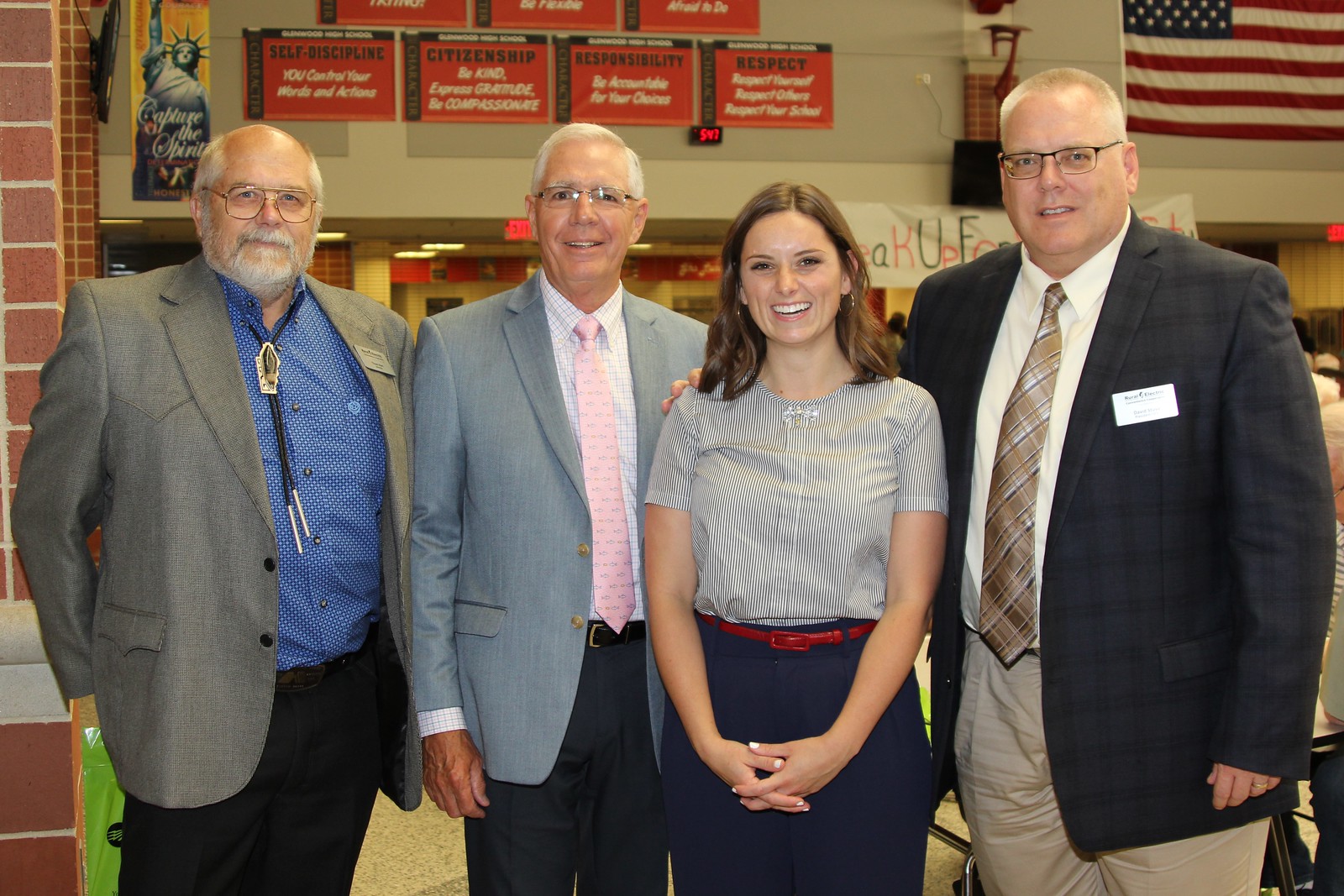 Treasurer John Beatty provided the financial report. He said that of the $14,984,565 of total revenue collected, 81 percent accounted for power costs and related utility plant expenses, and just 19 percent accounted for costs to operate the cooperative. Due to lower than expected revenue and higher power costs, the co-op ended 2017 with a deficit of $100,487. Beatty said, “Over the years, we have made great strides in managing our operating costs and have used technology to improve productivity and the overall efficiency of the co-op.”

Thanks to a 10-year, five-month wholesale power supply contract with NextEra Energy Marketing, the co-op’s costs have been reduced and member rates are now lower than they were in 2009. This will enable the co-op to build equity and retire past capital credits more rapidly.

Renewable energy, such as wind and solar generation, has been growing in the co-op territory. According to Chairman Melvin Repscher, the co-op’s GobNob wind turbine at the I-55 Farmersville exit can provide enough power for over 200 homes and farms at full production. Several co-op members have installed small wind turbines and solar systems as well. Repscher said the co-op has interconnection and net metering policies in place to assure safe operation of the member-owned generation systems, with a 10-kilowatt maximum size. All systems must be pre-approved by the cooperative and a safety inspection performed before they can be connected to the electric grid.

RECC leadership is very engaged in the political process. They met earlier this year with state and national elected officials through the National Rural Electric Cooperative’s legislative conference in Washington D.C. and the Association of Illinois Electric Cooperatives’ (AIEC) Lobby Day in Springfield to discuss energy issues and other issues that affect co-ops and their members. “The co-op will continue to monitor legislative issues that affect rural residents and business,” said Repscher. “It’s part of our long-term commitment to maintain the quality of life in our local communities.”

President/CEO David Stuva discussed SmartHub, from NISC, the co-op’s technology cooperative, which is helping to improve communication with members. Through SmartHub, members can visit RECC’s website to access their account 24 hours per day, pay their bill online, view their energy use, report service issues and access outage maps without calling the co-op. The co-op can send customized messages to alert members of planned outages and the cause of outages. NISC software has enabled line crews to use software and iPads to perform tasks while in the field that in the past required hand-written work orders and calls back and forth to the office.

Stuva explained, “By embracing technology, RECC has implemented numerous services well ahead of many larger investor-owned utilities and municipals. We’ve proven that even though we may be small in comparison, technology enables us to compete with anyone.”

RECC is deeply committed to its local communities. Chris Wilcox highlighted some examples of this, which included the co-op’s participation in Youth Day at the Capitol in Springfield and the Youth to Washington tour, both coordinated through the AIEC. In March RECC sponsored six students to attend Youth Day; and on June 8, two students, also sponsored by RECC, headed to Washington, D.C. The students are Riley Meredith from Northwestern High School and Hailey Winslow from Glenwood High School. During the two events, students visited with state and federal elected officials and toured sites.

Two-$2,000 educational grants were provided through RECC and its banker, CoBank. The winners were Waverly Elementary Teacher and Librarian Michelle Wagner and Ball Chatham Elementary Teacher Debora Lee and several of her fellow teachers.

In December, as part of their Christmas tradition, RECC employees demonstrated their community spirit by collecting $475 for the Pawnee Food Pantry. The amount raised was matched by the co-op, totaling a $950 donation.

Several employees have retired in the past year in several areas of the cooperative, giving opportunities to a new generation of workers.

During the meeting, Cassie Eigenmann of Modesto, Andy Goleman of Divernon and Lou Weitekamp of Raymond were re-elected to the cooperative’s board of directors.