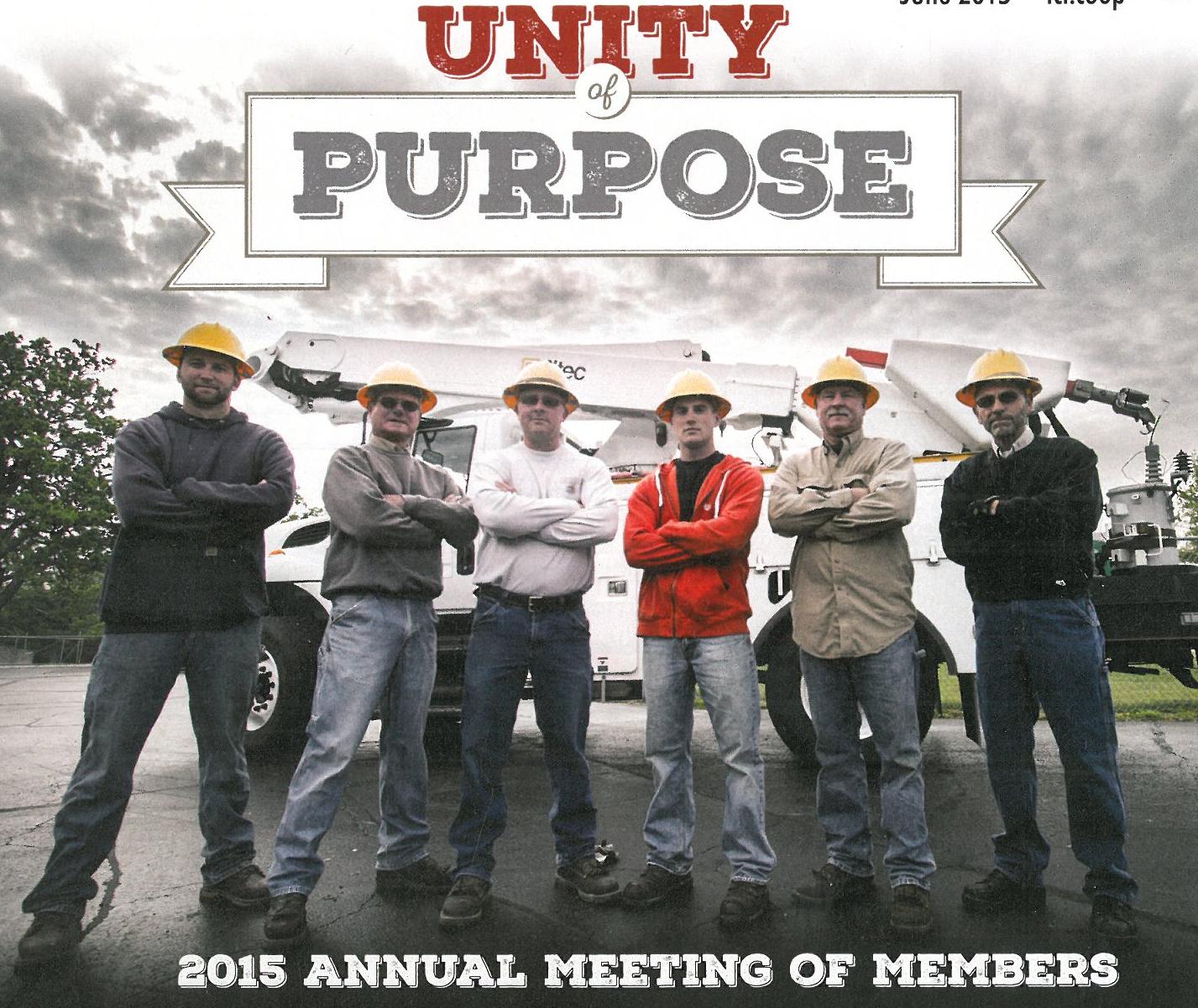 Three directors were re-elected to the RECC Board at the co-op’s Annual Meeting on June 11, with one being a contested election between incumbent Cassie Eigenmann of Modesto and challenger John Earley of Girard in District 9. After a short speech from each candidate, ballots were cast and Cassie Eigenmann won re-election to the Board. In District 7, Andy Goleman of Divernon ran unopposed as did Lou Weitekamp of Raymond in District 8.

A great crowd of 276 members, plus families and guests, gathered at the co-op’s 78th Annual Meeting at Glenwood Elementary School in Chatham.

Those power costs have been stable for the past five years, and are expected to remain so in the foreseeable future, said President/CEO David Stuva. He said the co-op’s power contract with the Illinois Municipal Electric Agency gives us a long-term approach to our power supply, which is a benefit to our members.

While coal still provides the majority of electrical power in downstate Illinois, Stuva pointed out that recent regulations announced by the U.S. Environmental Protection Agency (EPA) seek to reduce the amount of carbon dioxide emitted by coal-burning power plants, which will effectively shut down many existing coal plants. He said that Illinois’ not-for-profit electric cooperatives support an “all-of-the-above” energy strategy, one that incorporates natural gas, nuclear, renewable energy, and coal to generate power.

Stuva thanked the audience for supporting the action.coop campaign, with over one million comments registered online across the country to encourage the EPA to take a balanced approach to energy supplies. A “common sense” energy policy is needed to keep electricity reliable and affordable, he said.

Board Chairman Jimmy Ayers mentioned some of the new programs and billing options now offered to RECC members, including the SmartHub portal for viewing and paying bills online. The newest option is RECC’s Prepaid Electric Service, he pointed out, which allows members s to pay for electricity as they use it instead of in one large bill at the end of the month.