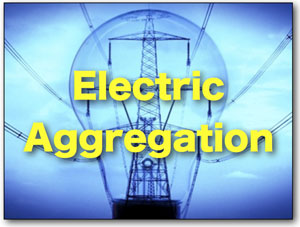 Many communities and counties across Illinois have begun aggregating their citizens’ buying power for electricity from Ameren or Commonwealth Edison companies, but co-op members are not affected by the power marketing programs. Under the 1997 Illinois electric deregulation law, not-for-profit electric cooperatives and municipally owned utilities were treated differently than for-profit, investor-owned utilities.

Because of their consumer-owned structure and aggregated buying power, the not-for-profit and locally owned and controlled electric cooperatives were allowed to maintain their local decision making authority on whether or not to maintain their aggregated buying power as a group, or to enter the deregulated market with both its risks and potential rewards.

The towns and counties that have approved aggregation plans are doing what Illinois electric cooperatives have already been doing for their member-owners for 75 years. They are basically creating power purchasing cooperatives. But, they’re signing one- or two-year contracts for power supplies, compared to the long-term contracts that RECC and other cooperatives have to assure a reliable, reasonably-priced electricity source for years to come.

RECC’s board of directors does not believe that the small short-term savings offered by some power marketers will offset the risks of abandoning our existing secure power supplies. That’s one reason why we’re not participating in the “deregulated” power program set up by the state.

In 1997 the Illinois General Assembly enacted legislation that deregulated investor-owned utilities in Illinois. This legislation was motivated at the time largely by the desire of large commercial/industrial entities to have alternative options for wholesale power.

Electricity service to a home or business is made up of three distinct parts:

Today, there are over 30 ARES registered to sell wholesale electricity in Illinois. Most of ARES have their primary business headquarters located outside of Illinois. For customer service inquiries many ARES employ call centers located out of state or overseas.

An ARES may assemble a portfolio of generation and contracted power purchases designed to form the basis for marketing and selling wholesale electricity. This is analogous to a closed-end mutual fund assembling a portfolio of investments and then offering shares to an investor until the fund is filled or closed. Today it is unusual for an ARES to offer contracts for the sale of wholesale electricity exceeding two to three years. These contracts at times include early termination or cancellation costs, presenting a unique challenge for some customers. Consumers must carefully read and understand the fine print these contracts.

ARES activity targeting residential consumers in Illinois was minimal until around 2008. The financial crisis and subsequent collapse of the economy has resulted in significant shuttering of industrial manufacturing capacity. This has led to decreased demand for electricity and an abundance of electricity supply being thrust on the market. Responding to the laws of supply and demand the price of traded wholesale electricity declined substantially through 2011 and continues to be “soft” today.

The shuttering of industrial manufacturing capacity has also impacted the demand for natural gas. At the same time, advanced natural gas recovery technologies such as “fracking” have brought unprecedented natural gas supply onto the market. Both of these factors have worked to collapse natural gas prices in recent years. This presented the ARES marketers with an unprecedented short-term opportunity to market low-priced wholesale electricity to Illinois consumers, and also helps one understand why ARES’s are reluctant to offer contracts of longer than two to three years.

In one of the 2007 adjustments to the original deregulation act, the Illinois General Assembly enabled home-rule entities to organize aggregation groups. The legislation gave municipal and county governments the ability, with the passage of essentially a referendum, to arrange for the sale of wholesale electricity to their citizens. Provided the referendum passed, all citizens in the community or county would then buy their electricity through the community or county unless they opted-out.

The prospect of an ARES making a large sale by doing business through the channel of the community or county has greatly increased their attention to aggregation. However, even with the prospect of thousands of new aggregation customers in these communities and counties, the ARES marketers currently appear reluctant to offer contracts of longer than two to three years.

Electric cooperatives were started 75 years ago by farm families wanting electricity for their farms and homes. They saw the benefits and labor savings offered by electricity when they went to town and wanted the same for their families. Investor-owned utilities typically served those towns. The rural people approached these utilities asking for electricity services. They were refused or offered service at a cost that was prohibitively high. It simply wasn’t possible for the for profit utilities to make enough money serving rural areas with only a few farms or homes per mile of electric line.

After several years of buying wholesale electricity from investor-owned utilities, most member-owned cooperatives eventually banded together to “aggregate” their wholesale electricity needs. They formed generation and transmission cooperatives (G&T’s) to pursue resources that were more economical because of the combined larger size. (RECC has a power contract with the Illinois Municipal Electric Agency, which is similar to a G&T to supply wholesale power for 32 municipal-owned electric systems across the state.)

Cooperative members value reliable, local service and stable prices over the long term. Cooperatives have never had a policy to pursue the lowest possible electricity price in the near term at the expense of the long term. The 75-year history of cooperatives is a testament to the success of this strategy.

Of course it is natural for all consumers, no matter what the product, to want to enjoy a low price.  There are instances though where consumers make a decision not to pursue the lowest price in the near term simply because it prevents them from securing a more stable price in the long term. The home mortgage is an example of this. The house payment could be potentially made lowest over the next two to three years by entering into an adjustable rate mortgage contract. Despite the opportunity to save money in the short run by using an adjustable rate mortgage, most homeowners still opt for the long term, fixed rate mortgage. They know the risks beyond the two or three-year term of the adjustable rate mortgage are likely to outweigh the potential short run savings.

Electricity deregulation and aggregation are complex topics, with profound effects on the future of Illinois consumers.