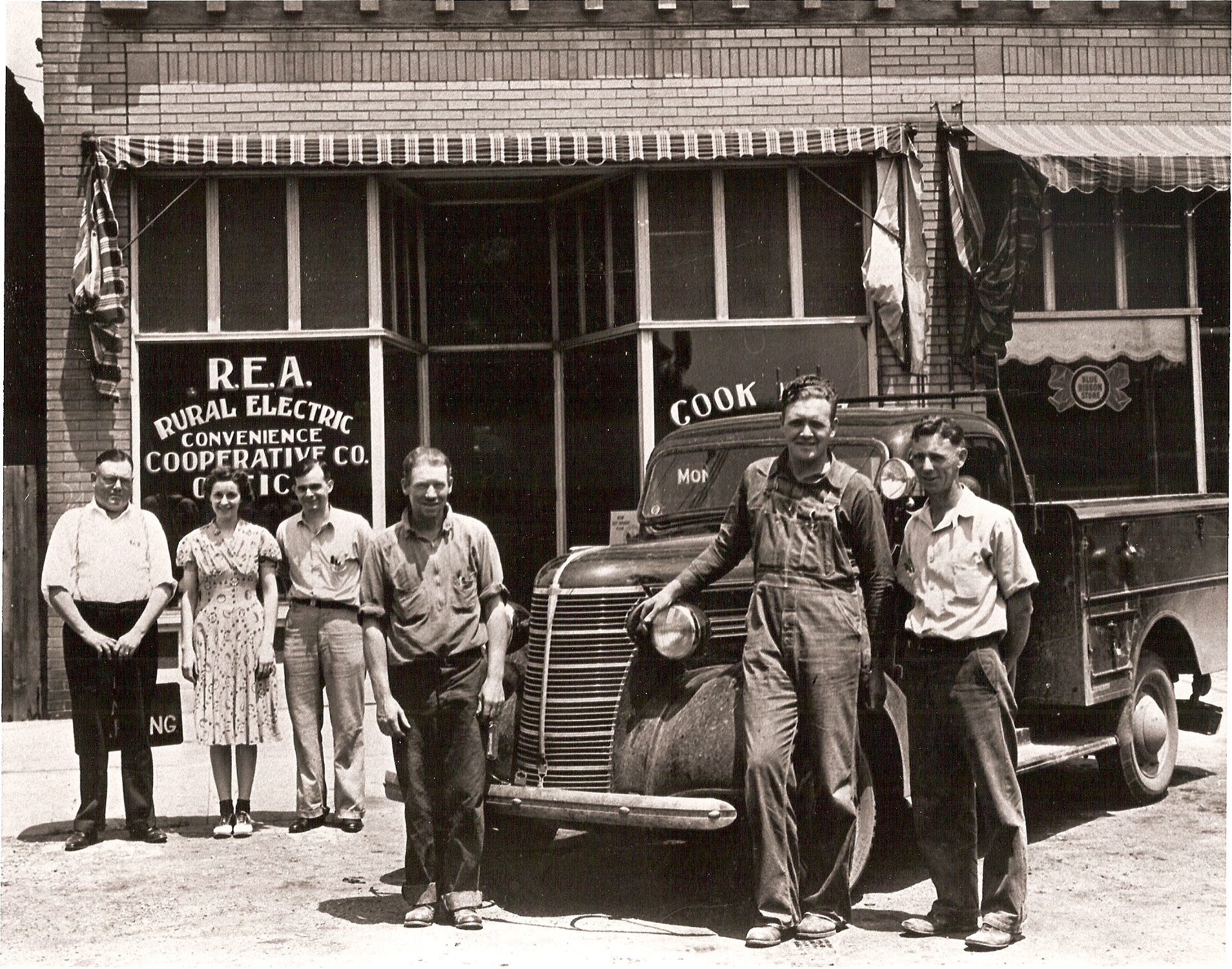 Rural Electric Convenience Cooperative Co. was created in 1936 by rural residents in south-central Illinois who wanted central station electric service for their homes and farms. Since the investor-owned electric companies were unwilling or unable to extend their lines through the sparsely populated rural areas, the local people took it upon themselves to organize a cooperative business to provide electric power. The federal government assisted their efforts by creating the Rural Electrification Administration in 1935, by an Executive Order from President Franklin D. Roosevelt. REA made low- interest loan money available for local electric cooperatives to build distribution lines and set up their businesses.

When the first RECC lines were energized on August 4, 1937, there were already 425 farm homes signed up for service in Sangamon, Morgan, Macoupin, Christian, and Montgomery counties. Today RECC serves about 5,700 consumers in those five counties. Besides farms, the cooperative serves many commercial accounts and several growing subdivisions around Springfield, Taylorville, Litchfield and other towns. Still a true member-owned cooperative, RECC is governed by a nine-person board of directors, elected in nine respective districts by the members. Since members and directors are consumers of the cooperative as well as being the owners, their focus is on service to the membership and not on making money for investors. Any “profits” at the end of each year for RECC are treated as capital credits which are re-invested in the co-op’s distribution system and eventually paid back to the members.

Pictured above are employees at the early RECC office in Divernon. The cooperative moved to a new building near Auburn in 1954, which is our headquarters today.